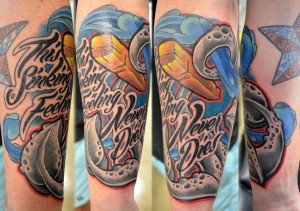 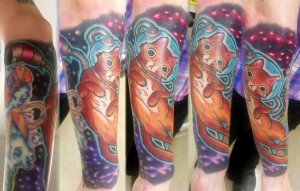 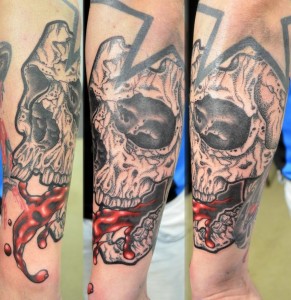 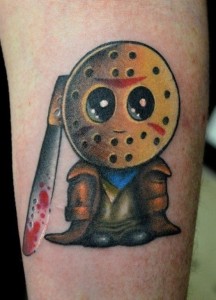 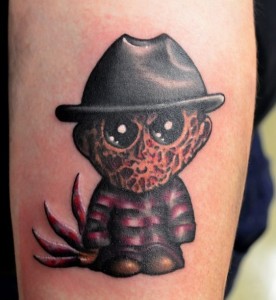 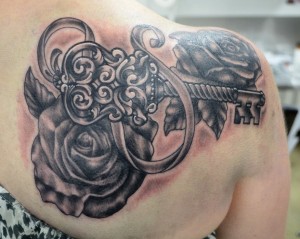 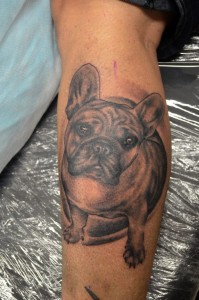 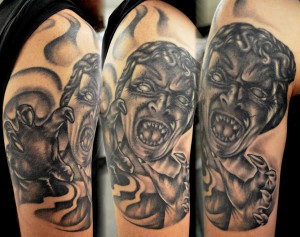 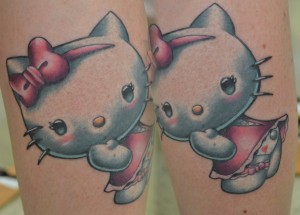 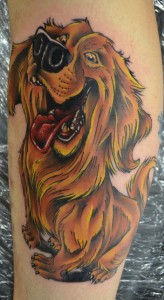 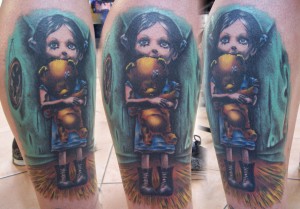 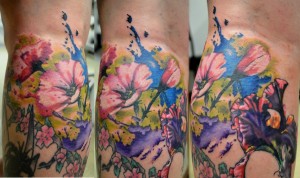 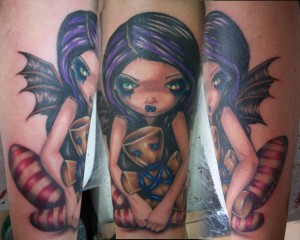 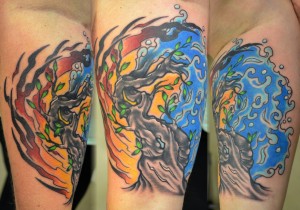 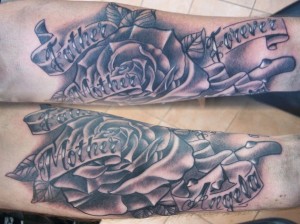 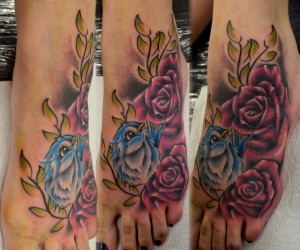 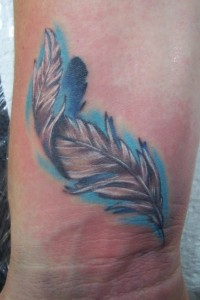 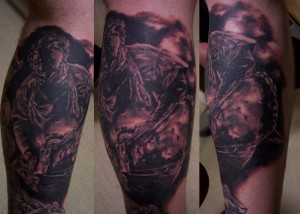 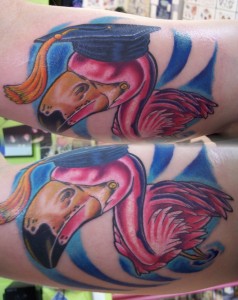 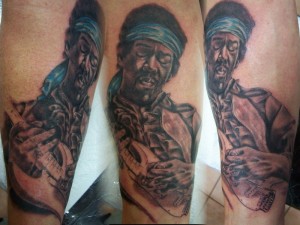 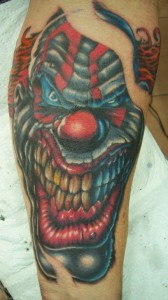 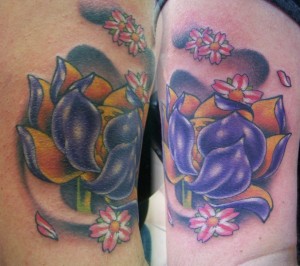 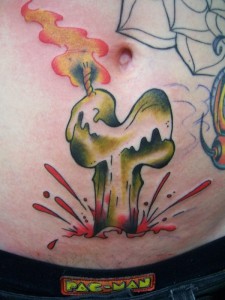 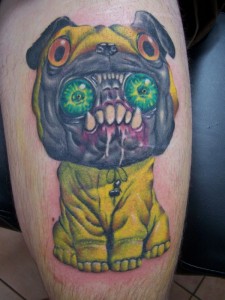 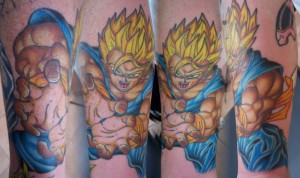 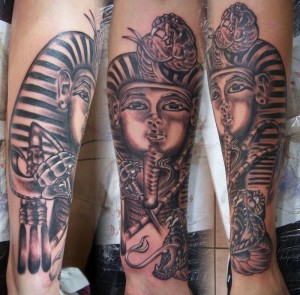 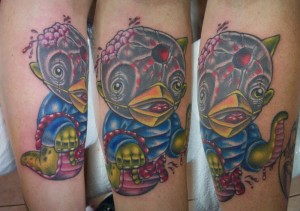 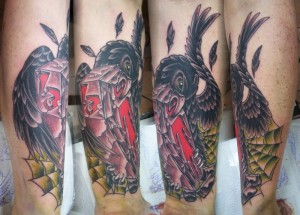 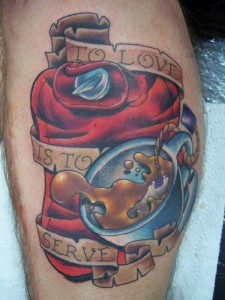 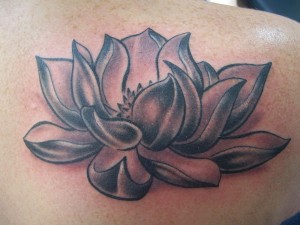 Open Monday to Saturday
After hours are available by appointment

Body Piercing, Skin Divers, Dermal Anchors. Large range of Body jewelery in store. Alchemy Gothic Jewellery. While we are Tattooing or Piercing you may have to wait to be served for jewellery or to book in. We Appreciate your understanding in this.

Cooloola Tattoo
The drawing of the $500 Gift Voucher. Plus bonus blooper vid for your enjoyment. Congratulations Chris.
View on Facebook

Cooloola Tattoo
History of Cooloola Tattoo Part 3
Written by Caz
Tattoo licensing was introduced which involved all of us having to be finger and palm printed, criminal checks including our associations, landlords, personal history. This was quite a stressful time for the whole industry as we were put in the same container as Bike clubs. It took the Office of Fair Trading a while to process everyone’s applications so there was a moment in time of uncertainty for us all, even those who knew they had nothing to hide. This licencing also involved a fee to be paid, which is now yearly. The higher cost being for the owner of the studio. This saw the end of Rainbow beach for CT as paying 2 lots of fees was just not possible. It wasn’t long after this Eammon moved to Brisbane, he had been wanting to branch out for ages and now was the time. We were very sad to see him leave but at least he hadn’t gone to far away. He is still Tattooing and doing beautiful work at Shinko in Albion.

One of our saddest moments in the history of CT, was the passing of Kevin, Kevin had previously done a little bit of Tattooing when he came to us, but still needed training, I have never met a more driven young man, he would work till midnight, if need be, you want a tattoo at 5am no probs, his dedication was unstoppable. It was hard not to laugh when he was around, having such an awesome sense of humour. Kevin is still very much missed and we have a memorial for him on the wall which contains original items of his.

I have been asked over the years, ‘How many Tattoo / piercings would you do a week’ it’s funny how curious people are about this and I always say the same thing, It is impossible to answer as no two weeks are the same, it is not like a normal business that you may be able to gauge as we have different clients, different designs, differing in sizes.
Have seen so many changes over these 20 years, changes in styles with fads coming and going, equipment and machine advances, popularity and amount of Tattooists and studios popping up everywhere, gone are the days of just picking a flash off the wall and if you were real fancy you may even blend a few of them together to have a unique design, now everyone is having one offs drawn up and Tattoos have evolved to a more realistic look as opposed to the outline that is shaded and or coloured in.(although that still is done with traditional) Some designs seem to be timeless (cursive font) whereas others come and go (southern cross, now there was a fad, everyone wanted one)
Tattooing is an extremely interesting profession where it is expected and not unusual to research about many different things, real and fantasy, investigating is a part of the design process which in turn educates on many varied subject matters. Symbols, flowers, animals, history, magic, mythical creatures, skulls, skeletons, cartoons, cars, bikes, buildings, people, font styles, mandala and cursive flows, you name it, whatever a client has in their imagination, on a daily basis it is never dull or boring. Everyone has their own personal reasons for getting a Tattoo, memorial, children’s names, dates, the… just cause, some even view it as a form of therapy which I understand totally.

20 years, wow, thank you to all who have been a part of this journey, what a wild ride it is and has been. I, Caz, have had the privilege to Tattoo and Pierce the children of original clients from 20 odd years ago who are now old enough to get their own.
It is you the customer, the one who loves Tattoos, loves piercings that has supported Tattooing and our studio Cooloola Tattoo all this time.
We appreciate you all.
Soooooooo who wants a Tattoo….. Piercing anyone… see you soon

Cooloola Tattoo
History of Cooloola Tattoo Part 2
Written by Caz
Eammon had taken over the teaching of Josh and having only just come into his Tattooing stride himself, did so with much professionalism. Eammon was now primarily Tattooing and Josh was now piercing and in training.
Those of you who were around in later Condies days will recall our Graffiti Ceiling, the most interesting ceiling in town with a few R rated comments from clients and ourselves.
So as happens Condies arcade flooded several times in the years that we were in residence, some of these were only days apart from each other, waist height, roof height it didn’t really matter even ankle deep was too much water and involved the studio being cleared out of all items, furniture, jewellery, equipment and stock, designs off the walls, this was never a small task and would involve us all working flat out to achieve. A lot of times without any power, which in the Condies shop meant pitch black. Although you could walk from Mary st to Nash via Condies, we had not one window.
Such a stressful experience, will we flood or won’t we, should we start packing or not, arrrrgh remember it well. Sometimes starting to pack and move stuff and nothing happened but you just never knew.
Caz had been a member of the PTAA ‘Professional Tattooing Association of Australia’ since 2003, The PTAA is an Artists only association, so you were required to be a Tattooist and also to be recommended by peers in the Tattoo industry to become a member. The PTAA held 2–3 day Tattoo conventions Australia wide, every year was a new destination, Melbourne, Brisbane, Perth, Adelaide, Townsville. This was an exciting time, meeting Tattooists their partners and clients from all over Australia and Overseas. With live Tattooing stalls, Tattoo competitions, talking all things tattoo, techniques, tools and the social aspect, meeting and partying always with copious amounts of liquid, a few hangovers had and many lifetime friendships formed. Caz held the position of Queensland representative of the PTAA for many years, this being quite the honour, being nominated and then voted on by other members. This however also involved a bit of time-consuming work, phone calls, paperwork, holding meetings and hosting Tattoo shows in Brisbane at the Jubilee Hotel.
A book could be written on these events alone.
Caz is still a member of the PTAA and the ATG Australian Tattooists Guild.
With being in attendance at many Shows over the years trophies were won, for Tattoos that had been done by us and work we ourselves had on our body’s.
Eammon was to win many, even receiving a congratulatory letter from our mayor at one time, a letter I still have. Many articles have been printed about CT over the years we have been featured in newspapers, magazines, too many to recount here with the last article being a 4-page spread in Live to Ride, it is always exciting and humbling to be acknowledged.
Directly after the 2013 Floods we made the decision to move to the location you find us in today, situated in another Arcade higher up the street. This move itself took several months, with plumbing, painting, polished concrete floor, and all the elements we needed to be up and running again.
Our latest move was a great decision having doubled our floor space and now with the bonus of a lunch room, we felt very spoilt, anyone who remembers the Condies days would maybe recall us sitting outside to eat our lunch, on the steps and I do think at some stage we had a small table and chairs which occasionally the younger more mischievous ones would reposition to the carpark out the back.